Euthanasia : “too many, too much for me !” says Dr Sarah Van Laer

Dr Sarah Van Laer, who has euthanased 28 patients since legalisation in 2002, has complained bitterly to the Belgian newspaper De Standaard about the burdens of her work.
"It's too much for me. Lately I'm averaging one second opinion a week. Once a month, I am asked to perform the euthanasia itself… Recently I was called urgently for a patient who had been promised that euthanasia would take place that evening. But the doctor would not do it. When I came in I said I had come to see how things were. The family did not understand that -- ‘a promise is a promise", they said.
"There are too few doctors ready to perform euthanasia. This problem is badly underestimated. Because of their reluctance many doctors pass this delicate matter off onto us. Meanwhile politicians are pressing for an extension of the legislation to minors. I wonder who will be willing to perform these euthanasias.”
She complains that doctors are getting burned out. “If a doctor does not want to perform euthanasia, he should get in touch with a palliative care team or an end-of-life doctor at a much earlier stage. Please do not get us there at the last minute. If I'm also supposed to perform a euthanasia, I want to be involved early. I am not a product on the supermarket shelf which you buy whenever you need it. I'm a person with my own needs and feelings."
"Euthanasia can be a good way to end life", she insisted. “But I am not in favour of turbo-euthanasia,” she said regretfully. “I sometimes miss those moments of life before death, that good experience that dying can create."

This article was written by Michael Cook and published on June 27 BioEdge under the title:" First-world problems 2: I'm really not into the whole turbo euthanasia thing."

Euthanasia : “too many, too much for me !” says Dr Sarah Van Laer

The purpose of this new Report published by the European Institute of Bioethics is to describe the Belgian model of "end of life care" that, since 2002, has aimed at developing "palliative care for all", while nonetheless authorizing the practice of euthanasia under certain conditions.
The thirteen years since the passage of this decree have culminated in a clash between two opinions:
* one affirms that the decriminalization of euthanasia has truly enabled the development of continuous,... 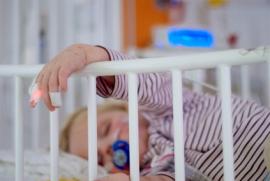 Until now, only three countries in the world have decriminalised euthanasia: the Netherlands, Belgium and Luxembourg. This practice is available only to people who are mentally competent when they apply (if necessary, via a declaration in advance requesting euthanasia).
A notable exception to the voluntary nature of the request for euthanasia concerns newborns who face suffering that is deemed intolerable and who have no prospect of enjoying an... Canada : no to euthanasia and assisted suicide

BC Court of Appeal upholds protections in law from euthanasia and assisted suicide. The Supreme Court of Canada is next.
Last week the Apeal Court overturned the decision by Justice Smith in the Carter case. The case will likely be heard by the Supreme Court of Canada.
Canada's Justice Minister, Hon Peter MacKay stated: "Laws surrounding euthanasia and assisted suicide exist to protect all Canadians"