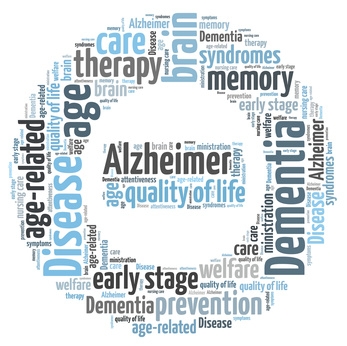 In the United States, a person has the right to refuse treatment. In most cases, this person must be able to make this decision on their own. People who have received a diagnosis of a degenerative disease, such as dementia, and who will lose their decision-making capacity, have the same right to refuse treatment through an advance directive or a surrogate decision maker. Many believe that this provides a lack of full reflection for patients with dementia because of the complexity of the disease. At different stages of the disease, it is difficult to determine the patient's level of competency in making their own decisions, and the possibility of a differing attitude is possible. Therefore, the established criteria for refusal of treatment decisions do not fully address the cases of many persons facing dementia.

Because there is a lack of full reflection on dementia cases, the Hastings Center will conduct research into the ethics of end-of-life choices in the context of dementia. The purpose of this research is to identify areas where additional research or policymaking is necessary. The report will be published in 2021.

A similar observation made Prof.dr. Robbert Huijsman bring together in a freely available book the academic and bibliographic profiles of all Dutch professors specializing in the study of dementia. With this book, he hopes to allow the experts to share their work so they could "give a direction to the understanding of the beginning and the progress of the disease, and possible solutions for the care of the dementia patients". At a time when voices are being heard in Belgium and Canada to allow the euthanasia of demented people, such research is very important and deserves to be relayed broadly. Proposed by Croatian MEP Predrag Fred Matić, this controversial resolution considers in particular the issue of abortion in unqualified terms, demanding "safe and legal access to abortion based on women's health and rights", whil...